Can classic art inform our photography?

For about a year, I’ve been paying more attention to art--classic and modern painting--to see how it can inform my photography. I use a few apps on my iPhone, Art Authority, Artsy, and WikiArt, and visit museums with a couple of goals in mind: “What can I learn about composition, color and light from the past artists? How will they inspire me to try something new with my camera?”

The history of the visual arts is replete with examples of paintings that achieve a “photographic” look and photographers who take pictures that end up looking like paintings. Painters have the luxury of creating subjects, light, color and composition out of their imagination, while photographers can only record the reality in front of them. However, once they get past simple snapshots, they regularly manipulate the way a camera sees things by using artificial light, filters, software, depth of field or lens distortion to try find a more “artistic” depiction of the subject. 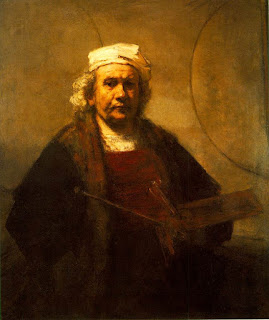 The influence of painters in studio portraiture is obvious. For instance, Rembrandt lighting can be recreated and repeated in studio settings. Rembrandt lighting is a studio lighting scheme that shows half of the model’s face completely lit while the side farthest from the artist is only partially illuminated. To be precise, the dark side of the face has a short triangle of light on the cheek. See the 17th Century selfie of Rembrandt that illustrates this. 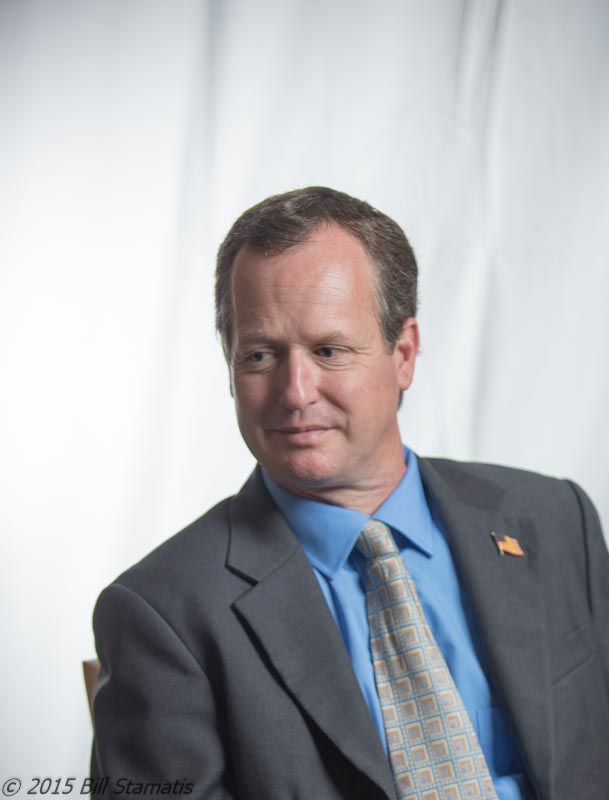 Here is a portrait I took of Albie DiKirillis who lives in East Marion. Notice the triangle of light on the darkside of the face. One light source at 45 degrees from the right using a Speedlight and umbrella. I lit the background with another Speedlight.

I’m always struck by the lighting in Caravaggio paintings. The play of light and deep shadows, called chiaroscuro, adds drama and depth to the scene. The direction of the light leads the eye into the painting and helps follow the narrative of the subject matter.

Here’s a sample image The Calling of St. Matthew. Pay attention to the direction of the light and the deep shadows. 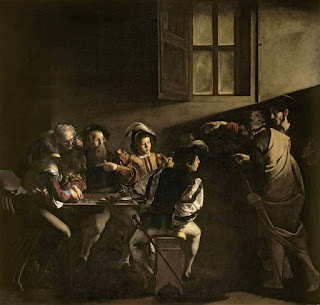 You would be hard pressed to discover and capture a scene with this kind of dramatic lighting with your camera, but you could easily create it in a studio.

I’m still working on recreating this kind of lighting scheme in my photography. Don’t be confused by the subject matter, just look at the emphasis on the direction of the light and the way the light and shadows punctuate the scene. It’s not a giant leap to see how this influences photographers who shoot low key images and film noir cinematographers.


Here’s an early morning photo of two women and a child in India. They slept on the floor in a train   station waiting for the next morning’s train. 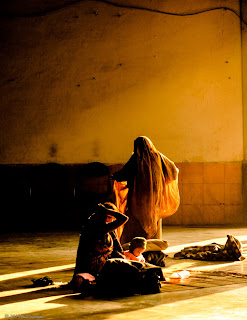 As a landscape photographer, I am interested in the historical depictions of landscapes. They generally fall into two categories: those that show nature in a realistic way and those that depict it in some idealized way. I notice also that earlier landscapes include human and animal activity in the scene, and are really used as backdrops for some Biblical or mythological story or historical event. Every rock, mountain and tree is added by the artist, while more modern 19th Century landscape artists painted actual scenes and locations. This coincided with the invention of photography and the expansion of the subjects that fall under the landscape umbrella. Think of things like urban and industrial landscapes.

Ansel Adams is the dominant photographer who captured the beauty (in black and white) of the American west and was instrumental in preserving it by promoting our national park system. He floated the concept that we must preserve wilderness.

The grand western landscapes of Albert Bierstadt who worked during the last half of the 19th Century are part of that history despite the Romantic drama of his work. Look at his rendition of western American landscapes you can learn a lot about color, light and composition studying something like his Liberty Cap, Yosemite, 1873: (Ansel Adams produced his Monolith, the Face of Half  Dome in 1927.)

Of course, painters have the luxury of creating the “light” in their art while photographs have to deal mostly with what’s available. And, painters can create drama whenever they want to. Photographers have to work with the limitations of cameras, lens, films or sensors and available light.

Today, in the digital era, we use software to “dodge and burn,” and make other creative adjustments to contrast, color, luminosity and white balance. In fact, we can “paint” on the adjustments to very specific parts of an image to “create” contrast, deepen shadows, alter tonality and clarity. Technology and photography have moved us closer to the tools that basically were only available to painters. Look at all the apps out there that can make your photographs look like a watercolor, a poster or an oil painting.

If you go to WikiPedia you can look up the Hudson River School of landscape painters of the 19th Century. Take a look of the works of Albert Bierstadt, Frederic Edwin Church, Martin Johnson Heade and Edward Mitchell Bannister. Heade is of particular interest to me because of his more than 100 depictions of wetlands and meadow. Here’s my rendition of a winter wetland on a foggy day: 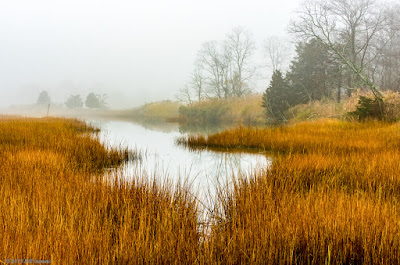 I also use an iPhone and Android app called Art Authority that references more than a 1,000 of the western world’s major artists from historic to present times. You can look up works of art by artist, period, style and location. For instance, for location, I looked at what is exhibited at the Pinacoteca Vaticana and even what was being displayed at the Adirondack Museum. It’s a useful app that provides easy access to the art of the western world.

Ultimately, photographs are not paintings. I don’t think that’s how most people approach "taking" pictures. Many don’t even think about photographs as “art.” But, if you, as a photographer, admire the great masters of painted art you should pay attention to their use of light and shadow, their composition and try to capture some of those qualities in your camera and prints. That takes some understanding of how your camera works and how you can manipulate the technology to get what you want. After all, we have several thousand years of art history and our photography now has become part of that continuum of creativity. 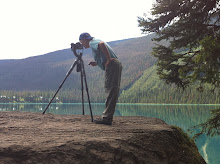